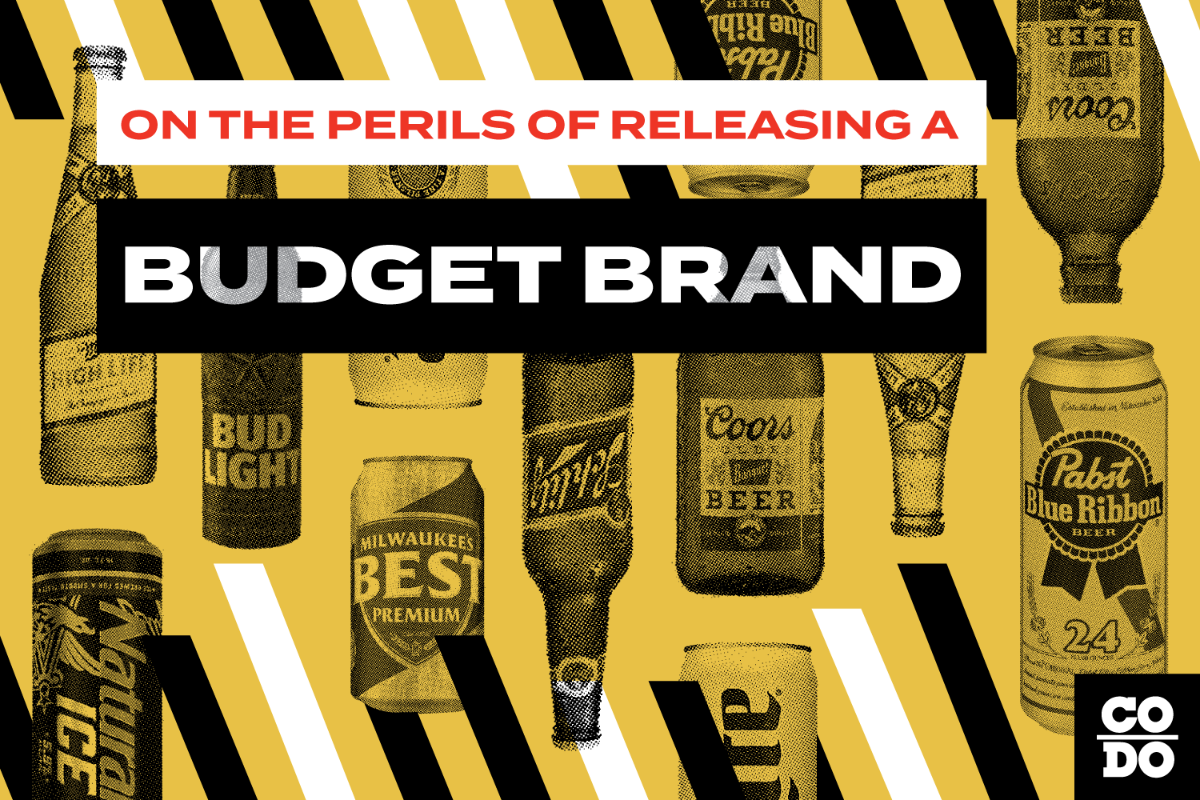 How can your brewery enter the budget market? (or, on the perils of competing on price)

I'd like to thank the 150+ of you who have purchased a copy of The Beyond Beer Handbook. The response thus far, including those of you who have written in about new products you've got in the works, has been rewarding.

Last week, Cody and I put out a Q&A podcast on Brand Architecture and it's already become one of our most downloaded episodes. We even touched on today's newsletter topic there. Give it a listen here if you're interested.

We’ve had interesting conversations with two breweries and one distillery over the last month about opportunities for creating budget products specifically as a hedge against the economic downturn.

To give concrete examples: the distillery is planning to create a line of budget well spirits for carryout. And both breweries were considering a large pack light lager approach.

To make this even more concrete, the breweries we talked to wanted to create a real deal, cheap light lager that would be priced along the lines of a Bud or Miller 12-pack—so somewhere between 10.99 and 12.99 per.

At first blush I have two competing thoughts:

1. This entire notion seems like more of a Big Beer / Large Craft conversation because in order to enter a lower cost space, you have to have the volume, both in ingredient costing / production capabilities and sales, to compete with a variety of already entrenched brands.

2. But then creating a budget option also makes sense at a cursory glance. If our customers are getting hammered by inflation (and at the gas pump, and on increasing rent, and groceries …) then let’s give them a cheaper option that they can still enjoy. And for what it’s worth, all three of these conversations were in this spirit—these people care about their customers and want to keep them happy.

So while noble, I want to address this idea head on because of all the Brand Architecture strategies we’ve discussed on this newsletter and podcast, releasing a markedly cheaper product can potentially be one of the most damaging moves you can make.

Now three conversations certainly don’t make for a trend, but with the economy trending the way it is, I imagine that these sorts of plays could become more common over the coming year.

In that spirit, let’s explore why creating a budget offering can be so dangerous, and discuss some practical ways to de-risk the move should you decide to ignore everything I’m saying and move forward anyway. 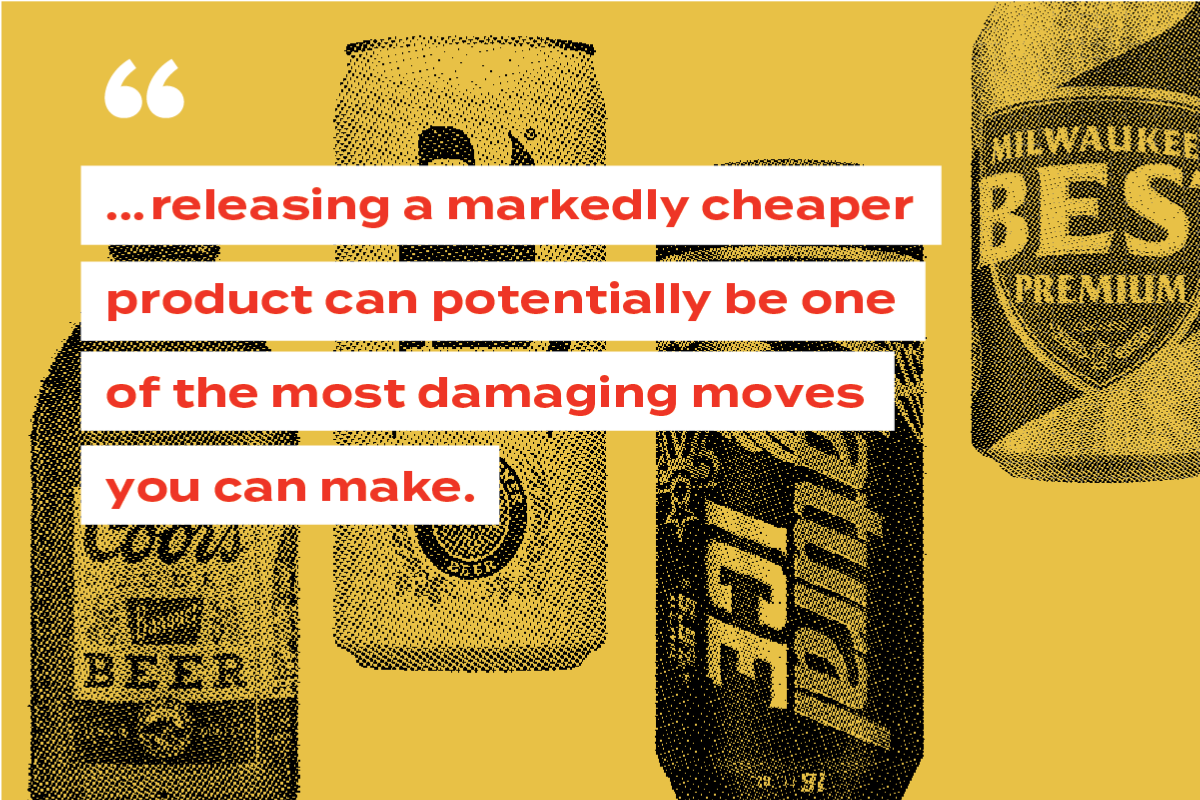 Why is this risky?

Can something be high quality (craft) and cheap at the same time? Not a great deal, per se, but a premium quality product at a mass market price?

Can you have an artisan burger at a McDonald’s price? I asked everyone on my team (and even bugged some people in my extended network) and couldn’t find a single example of this out in the wild anywhere in the country. (Let me know if you can think of one. I’m a fatty and will go spend all my money there.)

You can’t use high quality ingredients, and proper manufacturing methods, and pay your people well and still offer a high quality thing at a cheap price. There’s always a catch.

And everyone knows that.

This isn’t how the world works and anyone who is paying attention would view this with suspicion. What corners did they cut to get their price this low?

When you buy a 12-pack of Bud Light, you’re buying it because it’s cheap. No value judgement there—the beer fills that mass market role well.

By attaching your brand name to something that is of lesser quality than your typical offering, you are creating a potential level of mistrust that can spread to the rest of your portfolio.

Yeah, they shit out this light lager. But I’m sure their IPA is up to snuff. 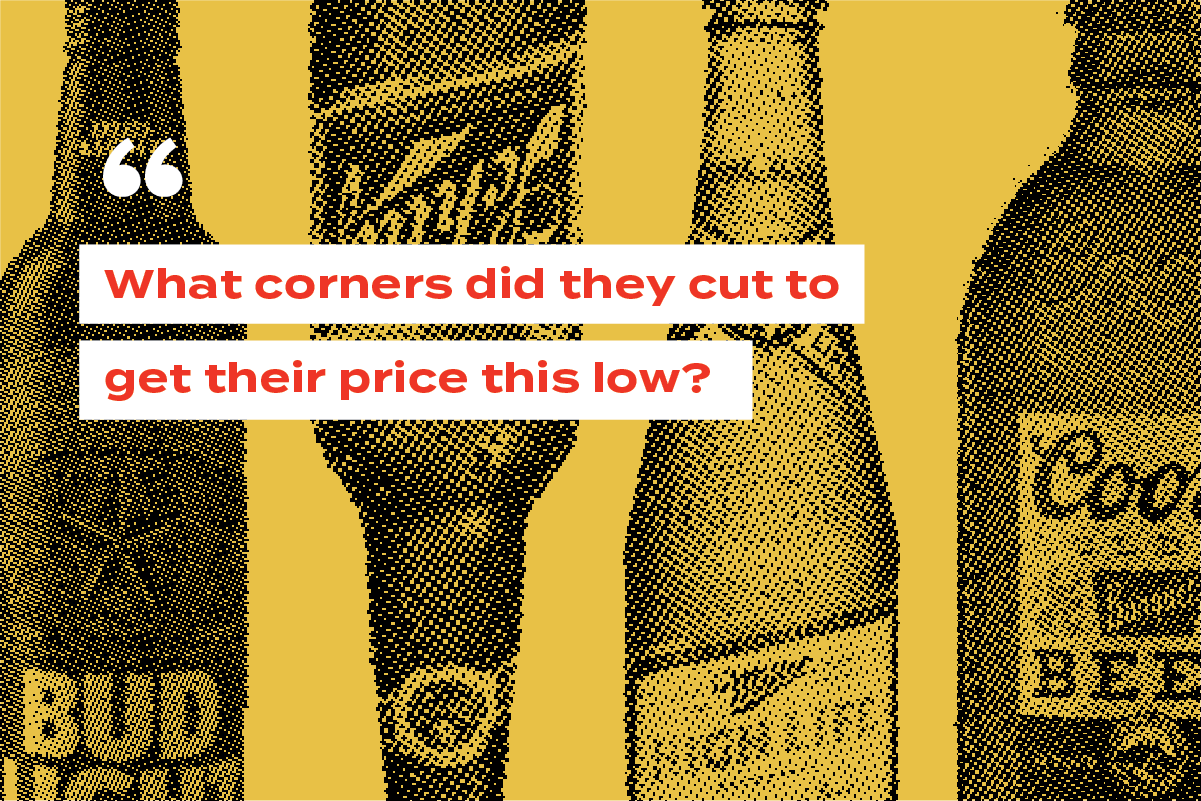 How to determine whether or not this is a good move

1. Is there a market opportunity?

The first (and most obvious) point to consider when launching any new product is whether or not there is an actual need. Do people want something that they’re not currently able to find? Does your market need XYZ (a light lager, a budget seltzer, a cheap NA beer, affordable well spirits, etc.)?

I can’t think of a market where this sort of unmet demand exists. For any of this. That doesn’t mean there’s not a market out there where this strategy could work, but there’s a beer at basically every price point in every market in this country already. And glut of well-known options in the budget space.

The second point is whether or not you can realistically compete with any existing competition.

I’ll use the light lager example from above because it's the most immediate move in the craft beer context. Can you, a small (hell, even medium size) craft brewery, get your COGs to pencil out in such a way that you can actually compete with Big Beer on price (and still stay in business)?

And another fun wrinkle: Will your distributors, who may or not also be delivering truckloads of that same Big Beer, be open to carrying this new product?

And let’s step down from Big Beer. Can you even compete with Big Craft? Can you price your beer such that you can compete with the Yuengling’s and 805’s and Oskar’s Lager’s of the world (and still stay profitable)?

We've worked with more than 70 craft breweries, including some of the largest in the United States, and I don't think there's a single one we've come across that can actually pull this off.


3. How will this affect your parent brand’s positioning and reputation (and ability to charge a premium)?

The third point, and perhaps most germane to this newsletter itself, is how your parent brand will be affected by this move. Not just in the short term, but over the long haul.

Can you safely maintain a premium (craft) positioning at the parent level while also offering a lower cost, budget option?

The real risk in all of this is of repositioning your parent brand itself. If you release a cheap (super cheap, budget) beer, what will that say about the rest of your portfolio?

You can undo years of hard work in one move by changing what your parent brand stands for in your customers’ minds.

And that change won’t be positive. 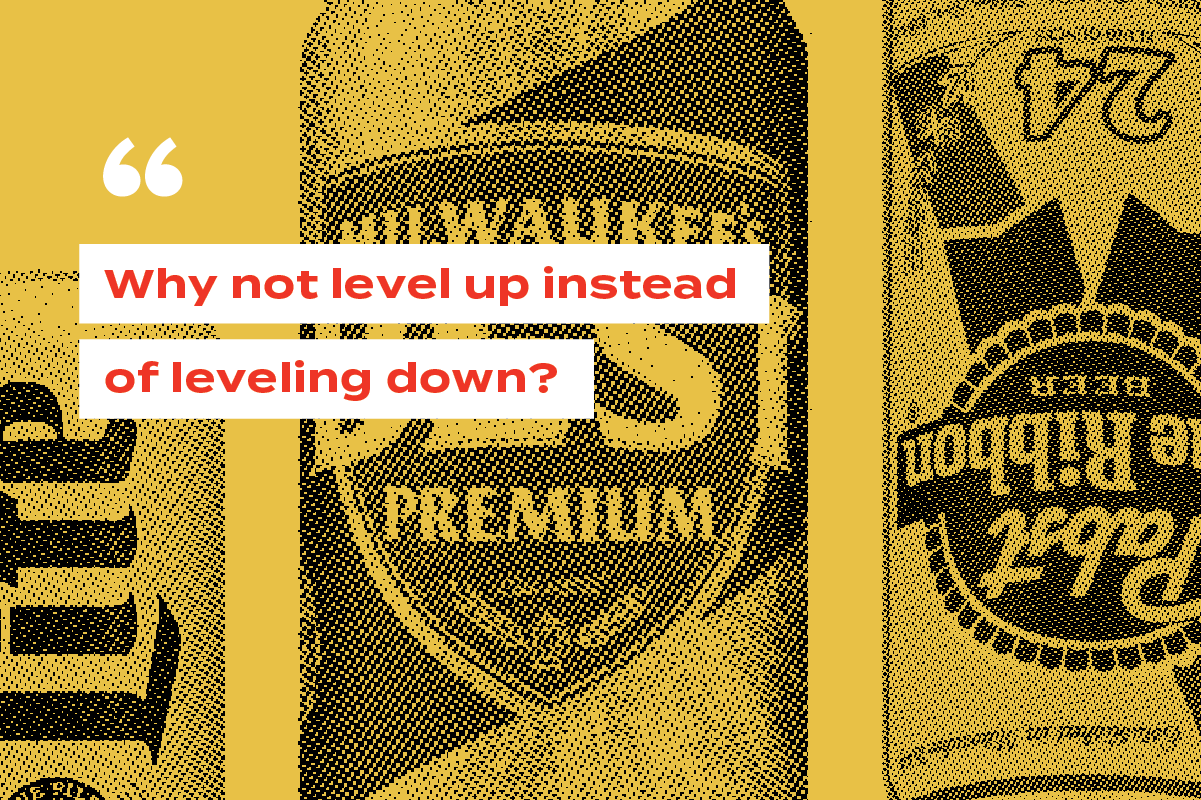 If you decide that you still want to release a budget option, you need to be extremely careful with how much of your parent brand comes through on this product. I would think a subtly Endorsed Brand could work at the very most.

But even then, I would still be hesitant. I still think your overall reputation and positioning could be damaged so much that, if you have the capacity—budget, time, ongoing resources—to do so, creating an entirely new brand might be a safer bet.

Revisit a recent BBT Podcast on the Beverage Brand Architecture Continuum for more background on these particular strategies.

Why not level up instead of level down?

I’ve seen some compelling YTD data this summer that suggests category loyal customers—specifically, Craft consumers—aren’t trading down thus far in this shitty economy. But this phenomenon is happening across a myriad of other CPG categories.

And even within Craft, sales in the Premium+ tiers ($40–$54.99 per case) are looking stronger than ever. (Here's a great conversation we had with the Bump Williams Consulting crew on the different tiers of craft pricing for some background.)

This may seem counterintuitive, but hear me out: If you want to hedge against a tough economic landscape, it may actually be a better move to create a higher priced, premium offering than a budget option.

Yes, not everyone one will buy it, but two things could happen.

If you position it properly, you could get Craft buyers who are trading up (buying less, but better) on their beer spends.

And even if that doesn't work out perfectly, you can still raise your overall level of quality perception and reputation by doing something cool and more expensive.

I’ve over-simplified this (there are certainly other Brand Architecture considerations at play if you want to go this route). But between going premium and going budget, the former tactic at least stands less of a chance of completely ruining your reputation in the long run. 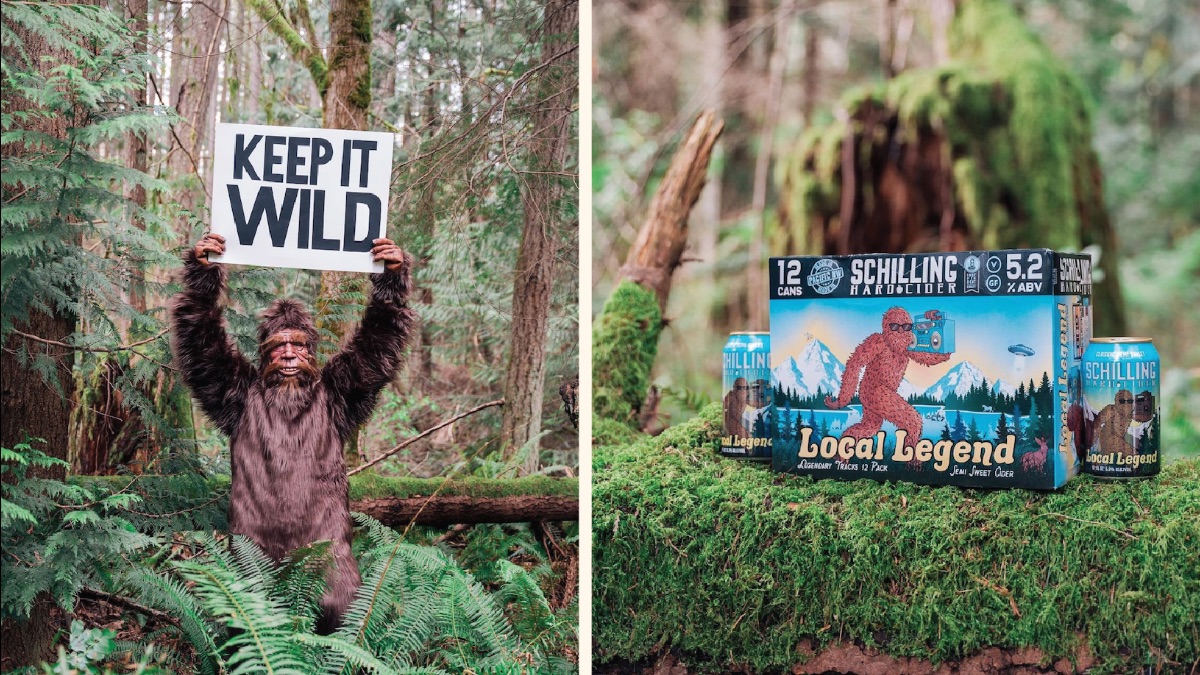 0–100k+ Barrels: How to Scale a Cider Brand with Schilling Hard Cider

We discussed how Schilling is extending beyond cider, the concept of "drafting" into new markets to achieve a multi-regional footprint and how they genuinely use their brand values to make business decisions. Great stuff here.

Give it a read 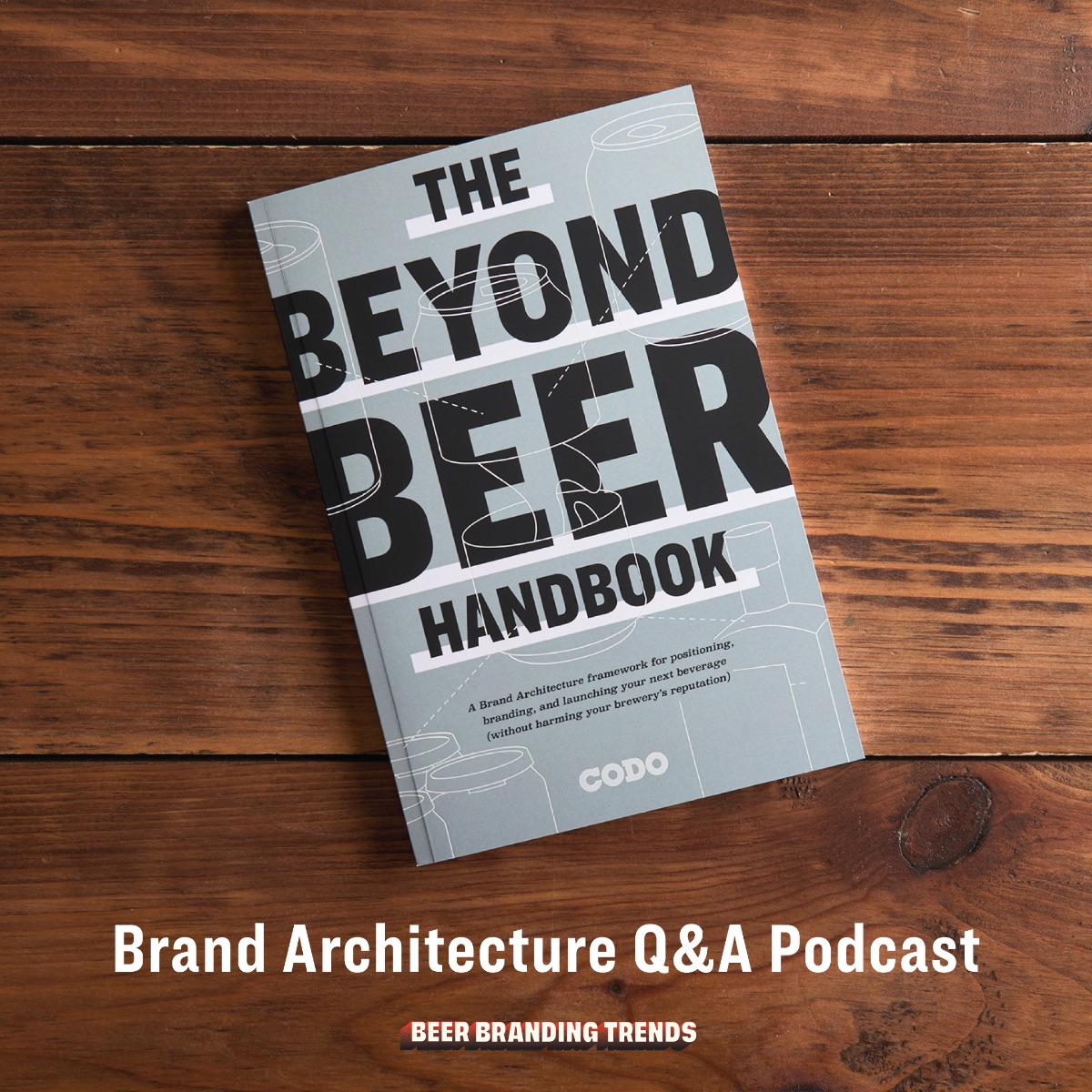 Cody and I had a lot of fun fielding questions from newsletter subscribers (you!), podcast listeners and folks who have purchased The Beyond Beer Handbook.

Do yourself a favor and listen to this one. 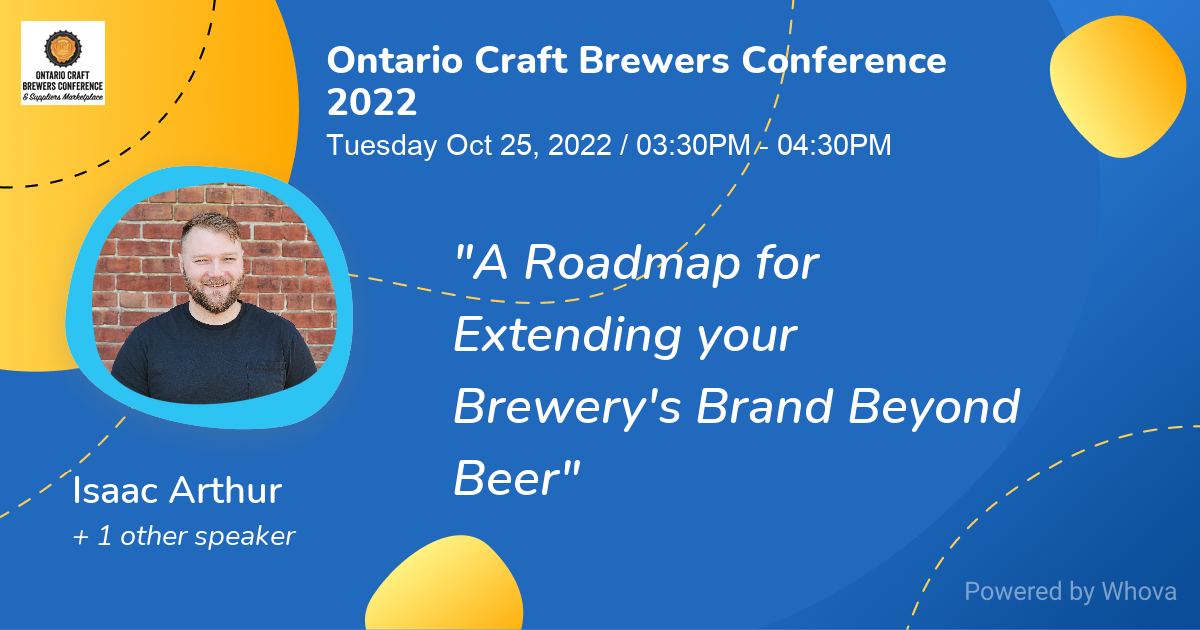 Grab a beer with us at the Ontario Craft Brewers Conference

Cody and I are excited to speak at the Ontario Craft Brewers Conference this October, and I believe this is one of the best presentations we've ever put together.

This talk captures everything a brewery needs to know about Brand Architecture and will give attendees immediately actionable steps to decide how they can scale their brand.

I know there are hundreds of Canadian breweries who receive this newsletter (hi, friends!). If that's you, come to our talk and let's grab a beer afterwards.

Register for the Conference 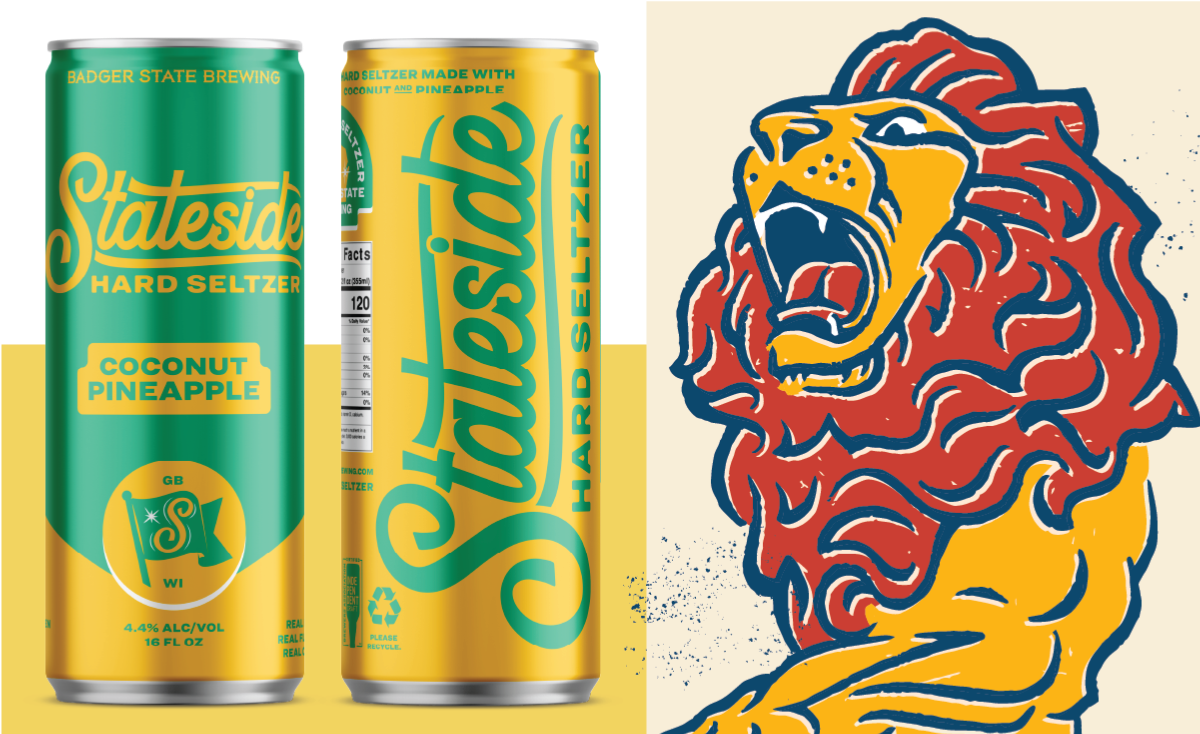 The Beyond Beer Handbook

Part book, part quiz, and part choose-your-own-adventure-style novel, The Beyond Beer Handbook is a purpose-built tool for helping you expand your brewery’s portfolio and build a more resilient business.

Buy The Beyond Beer Handbook

Craft Beer, Rebranded and its companion Workbook are a step-by-step guide to map out a winning strategy ahead of your rebrand. Building on CODO’s decade of brewery branding experience, this book will help you weigh your brand equity, develop your brand strategy and breathe new life into your brewery’s brand. 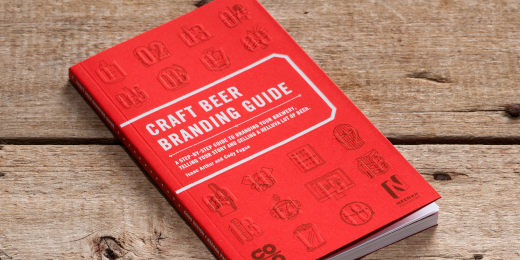 The Craft Beer Branding Guide outlines how to brand, position and launch a new brewery or beverage company. This is a must-read for any brewery in planning.

If you’re enjoying the Beer Branding Trends Newsletter, we’d love if you shared it with a friend or two.

Want to work together?

Email Isaac to get started.